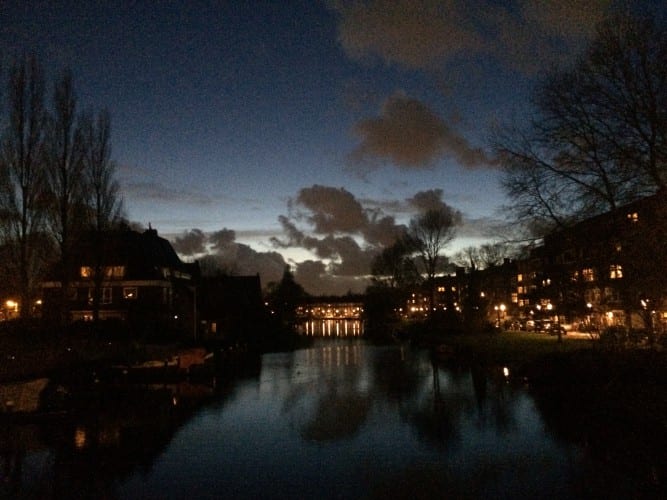 “Middle of the night insomnia” is a fairly new term used in medical and psychiatric jargon. Sleep specialists all over the world are losing sleep to find solutions for their patient’s unhealthy patterns of waking up in the night, and not being able to fall asleep again.

We have plenty of clients suffering from this infuriating, frustrating form of “insomnia”. If you are one of them, you’ll recognise the familiar sequence of waking up in the middle of the night, looking at your clock, going to the bathroom and coming back to bed hoping, please, please, please, that you’ll  fall asleep again…but the more you want it, the more Morpheus seems to resist.

At the Yoga Therapy sessions I tend to ask simple, direct questions to my client,  offering him or her plenty of time and space  to reflect on a particular behaviour. So I ask my client the simple question of why he/she woke up in the middle of the night:  Is there a problem that needs solving? An important event coming up? Other worries? Excitement? Any pain (such as back pain or an injury)? Husband snoring? …

Sometimes my client will look at me with a blank expression on the face…nope. Nothing important enough to wake them up. In fact, they often say: “there’s nothing bothering me at the moment”. Most people report falling asleep very easily in the first place, but annoyingly waking up at 4 or 5am.

This issue became so common among our clients that I decided to learn more about it, and so I dived deeply into the matter. I came across Roger Ekirch, a sleep historian -yes, there is such speciality-  at theVirginia Tech University and author of “At Day’s close: night in times past” (Norton 2005).

According to Ekirch, the 8-hour sleep routine to which everyone aspires today is actually unprecedented in human history. “The dominant pattern of sleep (…) since time immemorial, was biphasic*. Humans slept in two four-hour blocks, which were separated by a period of wakefulness in the middle of the night lasting an hour or more. During this time some might stay in bed, pray, think about their dreams, or talk with their spouses. Others might get up and do tasks before going back to sleep.”

References to “first sleep” or “deep sleep” and “second sleep” or “morning sleep” abound in legal depositions, literature and other archival documents from pre-Industrial European times. Gradually, though, during the 19th century, “language changed and references to segmented sleep fell away,” said Ekirch. “Now people call it insomnia.” 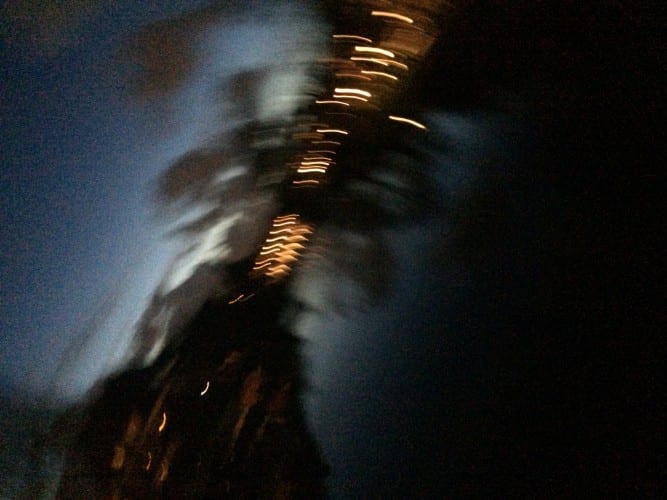 As a matter of fact, you can blame the shift in your sleeping habits on Thomas Edison’s lightbulb and the Industrial Revolution.

Ekirch explained that in the past, and especially during winter, darkness spanned up to 14 hours each night. Except for those affluent enough to burn candles for hours, folks were left with little to do but go to bed early, and this gave a great deal of flexibility to their nightly sleep requirements. Segmented or biphasic sleep patterns evolved to fill the long stretch of nighttime, and as observed by anthropologists, segmented sleep continues to be the norm for many people in undeveloped parts of the world, such as the Tiv group in Central Nigeria.

In places with electricity, though, artificial lighting has prolonged our experience of daylight, allowing us to be productive for longer. At the same time, it has cut nighttime short, and so to get enough sleep we now have to do it all in one go. Now, “normal” sleep requires forgoing the periods of wakefulness that used to break up the night; we simply don’t have time for a midnight chat with our spouse any longer. “But people with particularly strong circadian rhythms continue to wake up in the night”, said Ekirch.

In the 1990s, a sleep scientist named Thomas Wehr discovered that everyone sleeps biphasically when subjected to natural patterns of light and dark. In Wehr’s well-known study, he subjected participants to 14 hours of darkness per night, and found that they gradually shifted to a routine of taking two hours to fall asleep, then sleeping in two four-hour phases separated by about an hour of wakefulness—a pattern that exactly matched Ekirch’s historical findings.

Wehr concluded that biphasic sleeping is the most natural sleep pattern, and is actually beneficial, rather than a form of insomnia. He also inferred that modern humans are chronically sleep-deprived, which may be why we usually take only 15 minutes to fall asleep, and why we try our best not to wake up in the night.

This explains why most of our clients who complain of waking up in the night actually have no trouble falling to sleep when they go to bed. They are exhausted…just like everyone else these days.

One benefit of biphasic sleeping may be that it makes it easier to recall and access dreams. Wehr’s study subjects normally awakened from REM sleep, which is the deep sleep stage during which dreams occur. According to Ekirch, the historical evidence bears that out.

“Waking up directly after dreaming afforded people a pathway to their subconscious,” he said. “With morning dreams we don’t have the opportunity to let our dreams settle. The light goes on and we get out of bed immediately. So in short, we have lost what people in the past regarded as a critically important part of their lives – their dream life.”

Wehr’s and Ekirch’s results are becoming more and more widely known, and psychiatrists and sleep specialists are beginning to implement them.

Still it is hard to convince anyone of anything different than 7 to 8 hours of unbroken sleep in one night. Anything less means that something is awry, and many people become stressed -and even panic- at the thought of not sleeping enough hours.

Clinical psychiatrists are finding that if they can make their insomnia patients stop seeing their sleep as problematic, their condition becomes more tolerable. “If they perceive interrupted sleep as normal, they experience less distress when they wake at night, and fall back to sleep more easily.”

In other words, if you wake up in the night, don’t worry about it. Waking up after a few hours may not be insomnia. It may be normal sleep. Ekirch added, “If people don’t fight it, they’ll find themselves falling asleep again after roughly one hour.” And be warned: The stress of not sleeping enough can cause more harm than waking up in the night.

Yoga Therapy for Lower Back Set

Your set for the Summer

Which supplements should I take in the Spring/Summer…?

…4 things to do for your heart

What are the best Apres-ski exercises?

How can I prevent catching the flu?

Which are the best exercises on a long flight?

“How can I find out if I have food allergies?”

“What are the best stretches for relaxing?”

for your immune system

“Is coffee good for me?”

The lesson of Heart-Centred Breathing

“What are the best natural remedies for colds?”

“What are the best core exercises for men?”

The Importance of the Diaphragm

“Why have I become sensitive to certain foods as I get older?”

Moving with the breath: A Case Study

“How can I make my mind quiet?”

“What are the best warm ups for runners?”