Every medical student learns that some people get better when they believe (falsely) they are getting medicine.

When patients improve by ingesting a sugar pill, medicine defines it as the placebo effect.

The “all in their minds” placebo effect has been linked by traditional medicine to weak, suggestible patients…but when we seriously reflect on it, the placebo effect should be a major part  of study in medical school.

A Baylor School of Medicine study published in 2012 in the New England Journal of Medicine, evaluated surgery for patients with severe, debilitating knee pain. The leader author of the study, Dr B. Moseley, knew that there is no such thing as a placebo effect when it comes to knee surgery. But Molseley was trying to figure out which part of the knee surgery was most effective. 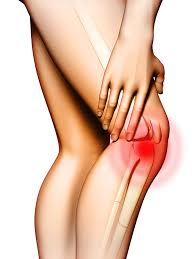 The patients in the study were divided in 3 groups and received 3 different treatments:

All patients were sedated and were made the three standard incisions, and then talked and discussed the surgery with some postoperative care which included an exercise program.

The results were shocking. Yes, the groups who received the surgery improved, as expected. But the placebo group improved just as much as the other groups!

Studies have shown that the placebo effect is very powerful in treating other diseases including asthma, and when it comes to the treatment of depression, placebos are stars. So much that a well known psychiatrist at the Brown University School of Medicine has proposed placebo pills as the first treatment for patients with mild or moderate depression.

We can think of this as “The Emperor’s new drugs” -recollecting the classic children’s fairy tale-…80 percent of the effect of antidepressants, as measured in clinical trials, could be attributed to the placebo effect. We live in a culture where people believe that antidepressants work, so they do. Beliefs are also, contagious.

A whole new field of research called “Behavioural epigenetic” has emerged. This research has confirmed that brain cells translate the mind’s perceptions (beliefs) of the world into chemical profiles that, when secreted into the blood, have a biological (physical) effect.

So when we change the way we perceive the world, we seem to change the blood’s neuro-chemical composition, which then initiates a change in the body’s cells…this sounds to me like a great New Year’s resolution…work on changing the lenses with which we see people and the world around us, so the cells in the body get healthier, inspired by our good feelings.

Of course I wish that things were as simple as that. If you are not feeling well or you suffer from any form of illness, physical or mental disease, it is important that you see your doctor.  Just remember that even if the Placebo effect doesn’t work on you, positive beliefs will at the very least make you feel happier.